All Good Things are Wild and Free

This essay was written for a college English course. The topic was sustainability and climate change.

All good things are wild and free.  Henry David Thoreau 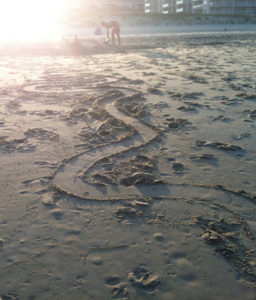 This quotation makes me think of the times when I go commando. There is something extremely liberating about walking around without any restrictive undergarments. Even when I must go out in public I sometimes hazard to wander out disregarding a perfectly good, clean pair of Hanes. I feel so wild, so free, and it is so good. It might very well be the best feeling in the whole world. The Scotsmen hold that a true man will not wear anything under his kilt, and I understand why.

I really like to build sandcastles. In fact, it’s my favorite thing to do. There are over 88,360 miles of shoreline in the United States, and I’ve used approximately two of them. I build big ones, small ones, round ones, square ones. Last summer I built one so big that the tractor that rakes the beach got stuck on it. It was over fifty feet wide and went back thirty feet, the tallest tower was seven feet tall and some of the trenches went down four feet. I like building sandcastles early in the morning and late in the evening, when most of the beach is empty. It’s just me, the ocean, and God. I do a lot of praying when I’m at the beach during that time. Animals are all around, the gulls scream, and the constant roll of the waves is hypnotic. I contemplate life and all of its intricacies. I enjoy this time, because I feel so close to nature. As the sun breaks the crest of the ocean, hundreds of miles in the distance people begin to run by every once in awhile. They’re like me, there to enjoy what God put on earth. The sun ascends the sky and sweat forms on the back of my neck and families start coming on the beach. That’s when there’s a sort of break from the calm and serenity. They come, they gawk. They send their children over to “play” but all they do is kick down the walls and ask when they can jump on top of the towers. Some people are inspired, though, to create their own castle or sculpture. I love it as one by one people start building castles down the beach. The domino effect. It isn’t until these people leave that I feel I am truly alone with nature again.

Every time I build a sandcastle, no matter how big, or small, or intricate, or plain, my favorite thing is the same. I love to watch the waves swallow it up and make it seem like there was nothing ever there. Sometimes it takes a few days. Other times the whole thing disappears in a matter of hours. It is absolutely awe-inspiring. The ocean doesn’t care how long I’ve worked, or how much sweat has spilled into the sand. The ocean doesn’t care when the yellow-white granules find themselves stained in red from a slip of the shovel in my hand. If it is a game or a war, then I am the loser, and the ocean is the winner.

It’s a microcosm of my life, a sampling of nature. In the great scope of the world, of time, nothing I do will remain forever. I may toil and build something absolutely incredible. My accomplishments may cause others to stop and stare, take pictures, or inspire them to build something of their own. I may change the landscape of the world I’m living in. But it will always get washed away. No matter what I do, no matter how great, or small, or advanced, or difficult, or momentous, it will eventually disappear.

That’s why I often laugh at the arrogance of man. We say things like, “oh, we’re going to destroy the planet” or “we’re killing mother earth.” I wonder, how we are going to kill the earth or ruin the planet. I contemplate whether we have the capability to do so, and I surmise that we do not. We have the potential to kill ourselves off, certainly. We might destroy our cities and make the earth a stinky place.

The air might fill with smog and the rivers might have trash and it will make us choke and leave us with no clear water and we will die terrible deaths and be left in the streets struggling for air with chapped lips and there we will all die together, mankind left as food for the carrion.

But the earth will be fine; the planet will survive. That’s the nature of earth it is a regenerative planet. Earth cleans up after itself naturally. The sea wipes out the sandcastles, the dirt purifies water, the trees purify the air, fire purifies the ground. The purified ground is the womb for the new plant life, which purifies the air, drinks the rain and sustains the animals. The animals enrich the soil from the food they consume. They serve as food for other animals, which leave bigger deposits of soil enricher. It is natural, cyclical, and beautiful.

The average housefly lives for no more than 24 hours. That life span is miniscule compared to ours. If you had 24 hours of life imagine what you would see do and accomplish. Next to nothing. Yet, in the span of the earth, our lives are just as fleeting. The earth is 4.45 billion years old. Older than my grandmother. 70, 80 or even a hundred years is less than a blink of the eye, nothing, in the lifespan of the earth. What we have accomplished and what we have destroyed, as mankind is nothing in that lifespan. Tens of thousands of years ago man came to be surviving and thriving from the bounty of earth.

I am not saying there has not been environmental damage. I do not deny that there is smog, or that polluting water sources is terrible. Naturally, I agree that those things are bad. I do, however disagree that we are killing the planet. We are, in fact, ruining things for ourselves as people. We could cut down every tree on the globe and eventually large forests would spring up. But we’d all die, from lack of resources, scarcity of air, and lack of food.  It just wouldn’t make sense. That does not mean that we should never again cut down a tree. There is a balance. We are stewards of the earth, here to care for it as best we can. The earth is like a lion at the zoo, there may be a zookeeper to care for the lion, but the lion could kill him whenever the lion wanted to. The earth is powerful enough to kill us all in the blink of an eye. If there were to be an eruption in Yellowstone today half the population of the world would be dead by tomorrow.

In the end, if we play a game with the world, mankind will lose. The earth will always win when we play that game. God created this planet to take care of itself, to be self-sustaining, to be regenerative. We are here, able to live off of that planet, able to use the natural wonders to not only survive, but thrive.

We can live on the planet without forgoing quality of life. We can have nice things, live in big homes, drive cars and still have a planet for generations. The developing countries like China will not continue to pour smog into their atmosphere, it just doesn’t make sense. It has to end and it will. We will find alternative sources of energy, and we have. Geothermal is changing the energy industry. The recent discoveries of oil in the Balkan fields means we do not have to rely on international fossil fuel sources, where they extract the energy from the earth in a very unclean and unsafe manner. We cannot keep dumping shit into our water because then we will go thirsty. We’ve figured this out as humans and we are self correcting.

You see, in the end, the earth is more free than I will ever be, even when I don’t wear underwear. When I go commando there is an element of control that I have but it pales in comparison with the control the earth has over us. We rely on the earth to sustain us, to provide our food, give us drink, and give us air. We can destroy our environment, but only temporarily. Eventually, the earth will recover. We, however, will not. If we kill ourselves off, it’s game over, no more. No more sandcastles dotting the Jersey shore. No more buildings, inventions, great ideas. We need to take care of our planet in order to take care of ourselves. The planet can always recover, but we may not. 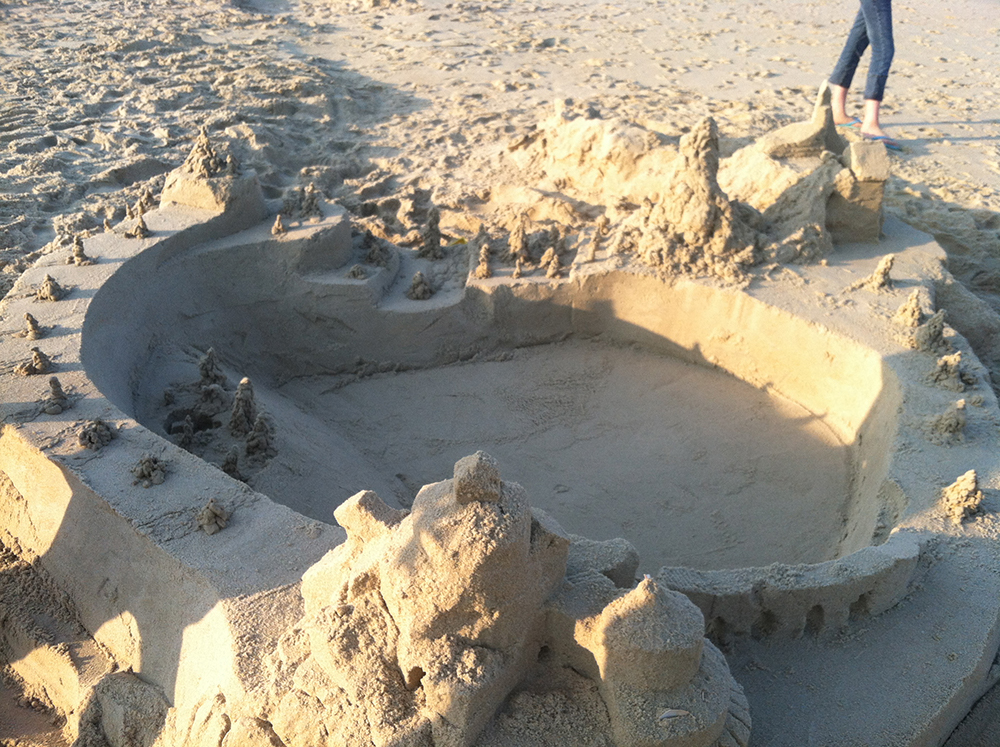 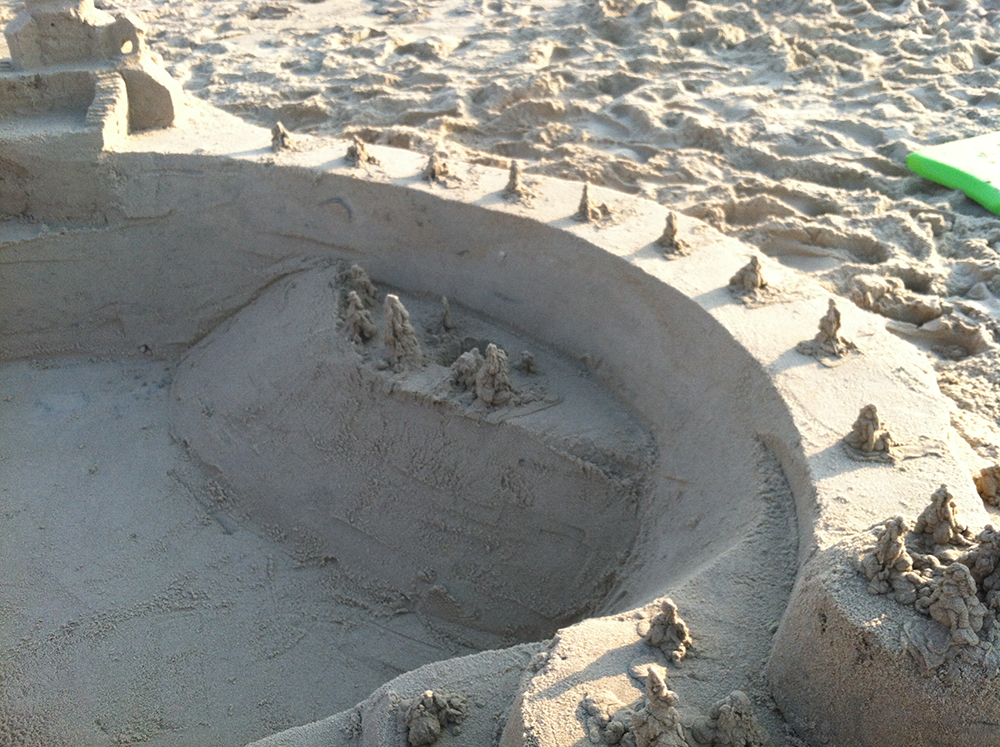 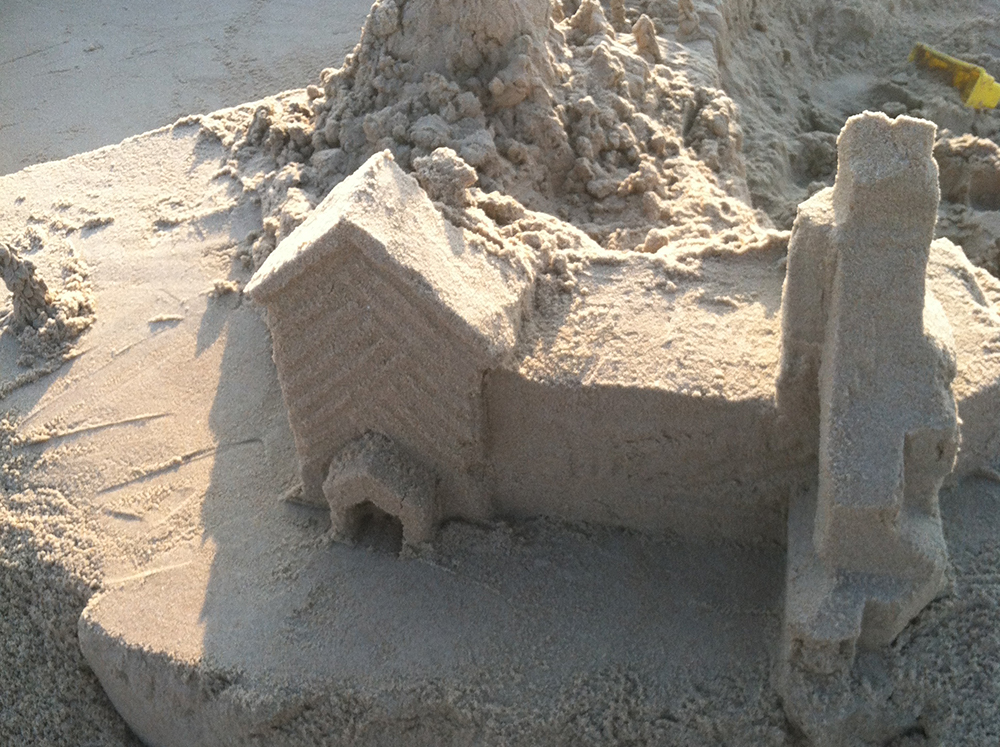